Fighting Scammers One Phone Call at a Time

Home  /  Blog  /  Fighting Scammers One Phone Call at a Time

Fighting Scammers One Phone Call at a Time 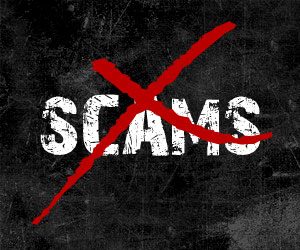 I am an immigrant who recently became a Canadian citizen. Everything is exciting: Extended rights as a Canadian, one of the best passports of the world, having my dream come true…

10 years and $10,000 after coming to this beautiful, modern, open-hearted, full-of-opportunities country, I am proud to call myself a Canadian.

Sadly, all my excitement was shattered a couple of days after I received my brand new Canadian passport, with one single phone call.

On April 10, I received a phone call from (604) 666-5946. I picked up the phone, and there was a woman at the end of the line who told me she was calling from Immigration and Refugee Board of Canada, Vancouver Office. She confirmed my name and told me she was calling because there was a complaint made against me to the Montreal police to the effect that I had lied on my Permanent Residency application, that I should have applied from the Refugee program, and that I actually wasn’t eligible to apply through the Permanent Resident Program. She got aggressive and asked me in a very strict tone, “Is this true ma’am? Have you lied on your application?” I was stunned, and defended myself. “No! Of course I didn’t lie!”

While my stomach was twisting and turning, my brain was busy going through the list of people I had come across in the past 10 years. Who among them would possibly make such an awful, untrue and life-destroying accusation? My gut was also saying this has got to be scam. So, I looked at the number again. Then I told the woman I wanted to check the number she was calling from and that I would call her back on this number myself. She confidently told me to go check the number and call her back and, if she didn’t hear back from me, she would ring me again.

I rushed back to my office, Googled the phone number, and my search returned: Immigration and Refugee Board of Canada, Vancouver Office. I dialed the number immediately, my heart pounding. The automated switchboard guided me: For such such, dial this; for such and such, dial that. That’s when my cell phone started ringing again. It was them.

The same woman was on the phone. She asked me if I had had a chance to confirm the number, and moved on to her demands. She told me to get in front of a computer in a private space because she was about to give me some very sensitive information, and asked me if I was comfortable with this. I confirmed I was in my office and we could continue.

I asked her for her name: “Michelle Rolson”, she said.

I asked “Michelle” to send me a copy of the complaint against me by registered mail and to include the actions I had to take. I said that I wanted everything in writing. She informed me that the complaint was made to the Montreal police and that no information about the complainant or the details of the complaint could be disclosed. Every time I questioned something or asked for something, I got a slap in the face as a response that read as: You’re in trouble and you’re arguing with a Canadian Immigration Official. Cooperate or things won’t go so well.

She told me she was going to ask me to go to a website, at which point I thought “Phew, she’ll ask me to go to a phishing website and I’ll know it from the URL.” But no, she asked me to cic.gc.ca. Now, I was really terrified. It’s a legitimate website! The one I used for my PR application, citizenship application, and I have a file there! The world was spinning…

She asked that I click on the “Immigration” icon and select “Enforcement and Violations” from the drop-down menu.

As scared as I was, something in my gut kept telling me it’s a scam. She told me she was going to explain to me what was about to happen and kept sending me to even scarier sections of the CIC’s website. I kept hearing “detention, revoking, arrest.” Terrifying words were ringing in my ears. But I got my courage up and told her I wanted to do some research on this before we moved forward. She got angry and told me I didn’t understand the trouble I was in and that I was refusing to cooperate. I assured her I would cooperate, but I needed to read the documentation on the website at my own pace. She became even more aggressive and told me “I wouldn’t understand even if I read it myself!” This is when I knew once and for all this was really a scam. No Canadian officer would insult my intelligence that way.

I shot back, saying “Why wouldn’t I understand a document you’ve written for people like me? Of course I’ll understand!”

She got mad and refused to hang up. I told her that I would not move forward without reading this myself at my own pace and that if she wanted to talk, she could call me back in an hour.

Immediately after hanging up, I dialed Immigration Canada. The lines were busy and the answering machine said call back later. I called the Anti-Fraud Center Canada – same thing.

I did a Google search on “scam, immigration, detention” and saw a few articles on scam, none of which mentioned the call coming directly from a certain office with the same phone number.

But I was ready to punch back! In between talking to my partner and my mother-in-law, I installed an app that records phone conversations, did some more research, and before my hour was up, I received the expected call.

Before “Michelle” could say anything, I informed her I was recording the conversation. She paused for a second and told me that was ok. That’s when I doubted myself and the illegitimacy of the call again. She didn’t panic; she was ok with me recording it. Was this whole thing for real? Was my life about to be ruined? Was I going to have to spend the next few years trying to prove I never lied on my application? What about my shiny new passport? And my rights in this country? Would they be put on hold until this whole thing blew over?

“Michelle” asked me if I had been able to confirm the case against me with CIC. I told her I was not able to get a hold of anyone. She asked if I had had a chance to confirm it with the police. I swallowed my fear and told her I was going to go to the police with the recording of this conversation to match it against the file they supposedly had on me.

That’s when she hung up!

That’s when she hung up.

It was a scam, must have been a scam. She hung up.

I kept repeating this to myself because I had to hear again and again that it was all over, none of it was true.

I caught my breath, and dialed the Vancouver Office number back. I waited for the answering service to guide me through their phone system.

I reached a wonderful woman who assured me everything was ok and that the CIC would never call and tell someone about police showing at their door. What? The scammers say that???

Turns out the CIC Vancouver Office receives 50-60 calls a day from people like me, who manage to call them back, speak to someone, and find out it’s all a very well-thought out, well-organised and well-executed scam.

No doubt a newcomer, someone who doesn’t know the Canadian system, someone with language barrier, cultural differences or fear of going back to their birth country, could totally believe these scums of the Earth, who have no shame in preying on the fears of immigrants and refugees.

As relieved I was, I wasn’t done.

I called my cell phone provider and demanded to find out the actual number of the incoming call, so I could report this incident to the police.

Guess what? The incoming call shown on my cell matched the number my cell phone provider saw in their records. It meant these scammers are professionals and their operation is much bigger than I hoped it was. This wasn’t some loser who used software to fake the number I see on my phone. These people were good enough to hack into either the network system of my cell phone provider or the network of the Vancouver Office.

Either way, how did they have so much information on me? That I was a citizen? That I had applied for permanent residency from Vancouver? That I lived in Montreal?

I fear many more new Canadian residents received the same scam call by the time I finished writing this up. And I fear not everyone was as lucky as me… 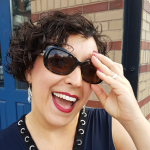